As Europe’s economies have come to a stand-still over the past weeks, so has the European airport network. Restrictions to travel and lockdowns imposed by governments as well as airlines grounding most of their fleet have resulted in passenger traffic at Europe’s airports falling off a cliff. 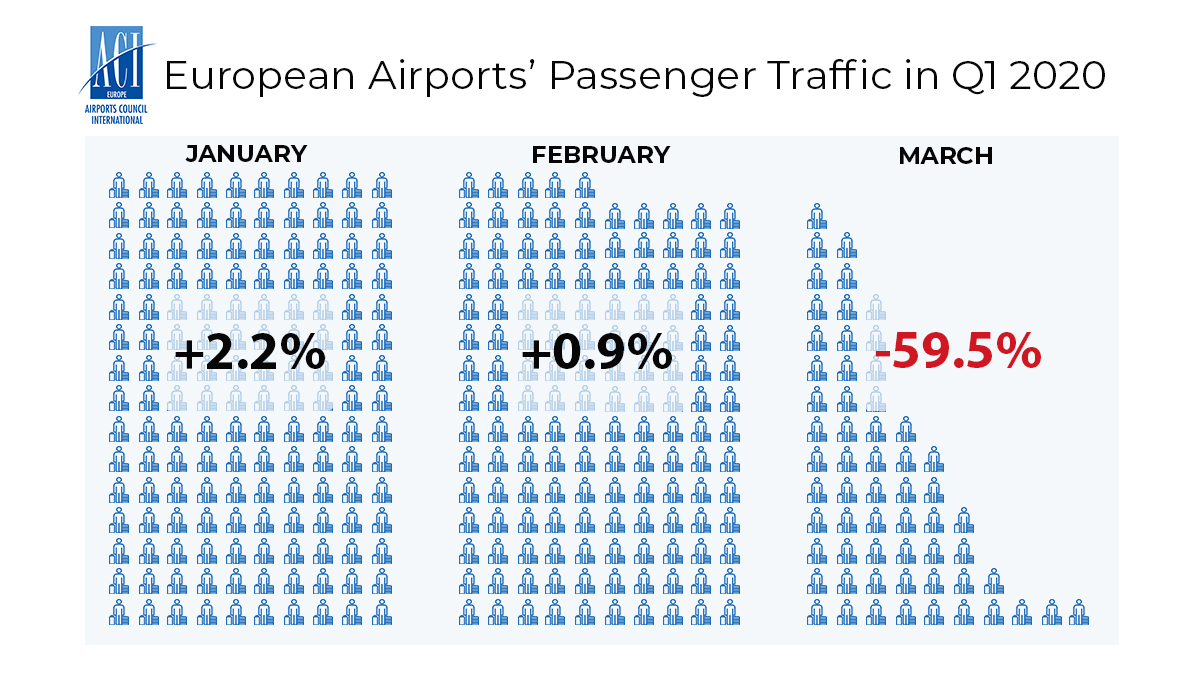 Olivier Jankovec, Director General of ACI EUROPE said: “This is like nothing we have seen before. In the global financial crisis, it took Europe’s airports 12 months in 2009 to lose 100 million passengers. With COVID-19, it just took 31 days – the month of March – for that same passenger volume and more to vanish.”

He added: “With repatriation flights bringing back Europeans to their home countries coming to an end, what now remains is essentially limited to cargo traffic as well as sanitary and other emergency air services. While 93 airports have closed their doors – mostly secondary and smaller regional airports, more than 80% of Europe’s airports remain open to commercial air traffic."

Airports are making painful cost-cutting measures wherever it’s possible to do so. Despite all efforts to scale down their facilities to the bare minimum by shutting down terminals, piers and spare runways, many of their costs are incompressible - and debt contracted to finance long-term investments still needs to be repaid.

ACI EUROPE has further revised downwards its projections as regards the impact of the COVID-19 pandemic on the regions’ airport operators. Apart from reflecting actual data for March, the revision was also driven by downgraded expectations as regards the duration of lockdowns and restrictions to air travel – including yesterday’s advice from the European Commission to the EU to prolong the current restrictions upon non-essential travel until 15 May. These projections now show: 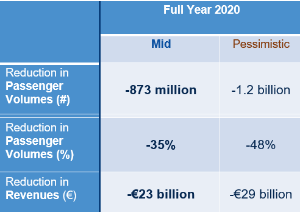 Commenting on the financial challenge, Jankovec said: “For now, what airports are getting to help them get through is essentially temporary unemployment schemes – although not from all countries. This is of course much welcomed, as these schemes help airports reduce costs while retaining their workforce. But airports will need them to be prolonged as long as necessary – and they also need urgent flexibility on a range of EU regulatory measures that can help them further reduce their costs.”

ACI EUROPE also renewed its call for a fully coordinated European Aviation Relief Plan that looks at supporting all actors in the air transport eco-system, with no supporting measures benefitting one sector at the expense of another. The trade association also insisted on the need for support to address both current business continuity risks for airports and their business partners (ground handlers, caterers and travel retailers) as well as to safeguard their capabilities to restart operations and carry on strategic long-term investments – including for decarbonisation.

Jankovec added: “Airports are local jobs machines. They very often are the largest employment site in their communities, regions or even at national level. That reflects the value and role air connectivity plays for economic growth – with every +10% increase in direct connectivity yielding a +0.5% increase in GDP. This means restoring air connectivity must be at the forefront of the EU’s exit and recovery strategy. Such a strategy will need to guarantee an orderly transition from today’s patchwork of restrictions to travel – and be based on effective coordination both within the EU and internationally.”

In order to support the EU and Governments in that exercise, ACI EUROPE is mobilising its resources and working closely with its 500-stong airport membership. The trade association is today launching a dedicated “OFF THE GROUND” project. This project is about mapping the breadth of issues airports and their business partners face in restarting full operations and restoring air connectivity. The objective is to identify best practices, provide airports with a common set of guidelines and Governments and policy makers with advice and essential requirements.

Detailed analysis of day-to-day passenger traffic for March 2020 can be found here.